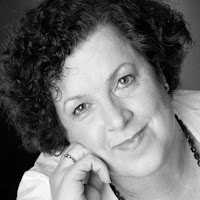 I was born and brought up in south-west England.

After obtaining a BA (Hons) in German, I trained and worked as a Chartered Accountant. Following the birth of my children, one of whom has severe autism, I took a career break and became primarily a carer. I worked for almost ten years in a voluntary capacity for a local branch of a national charity, gaining practical and theoretical knowledge of the education, health and social care fields.

I studied creative writing with the Open University and subsequently became a freelance writer, leading to the publication of short pieces of both fiction and non-fiction and the completion of a novel, which received some encouraging rejections from agents. I also work with small businesses and the non-profit sector on any aspects of the written word, including fundraising bids.

I live with the challenges of multiple sclerosis, which has led to an interest in the value of both writing and reading in health and social care. I have recently developed and facilitate a writing for wellbeing workshop for carers.

I reside in north-west London with my husband and, sometimes, one of our two adult sons.